Which virtualization type does your SMB need?

Virtualization technology is the next big business trend of the decade, as it has already allowed many businesses to improve their operational flow. In this article, we will discuss the different types of virtualization and how they can positively affect your work.

By virtualizing any of the items below, you can trick software into recognizing hardware when none actually exists. The easiest way to explain this is with examples from the most common type of this technology: hardware virtualization.

If you have one high-powered computer processor, virtualization allows you to split it up and run four separate operating systems (Windows, Apple OS, etc.), each seemingly running on a standalone, low-powered processor. In this case, virtualization is like creating different partitions within one processor, each with an independent environment for different uses.

Conversely, virtualization can also be used to connect four high-powered processors to create what your operating system will recognize as one ultra-fast piece of hardware.
This technology can be applied in a number of ways for more efficient resource utilization and cost savings.

Sometimes referred to as cloud desktops, this form of virtualization grants you access to a fully functioning computer via a local network or the internet. Somewhere, a server has allocated a portion of its hardware resources for your virtual desktop. With a keyboard, monitor, mouse, and extremely low-end computer, you can connect to this virtual desktop and utilize all the processing power and storage the server has set aside for it.

By installing a program on a server hard drive, your employee workstations can use their computing resources to run the program, but restrict data from being stored on their hard drives. The program and the documents it creates will never leave the server hard drive, making it much harder for hackers to compromise them.

With more advanced virtualization solutions, your server can also allocate the computing resources necessary to run the program, meaning your workstations are merely a window to your server.

Similar to hardware virtualization, this strategy makes it easy to organize how your data is stored. In addition to combining hard drives across several computers into a massive virtual drive, storage virtualization also stores data based on how important it is. Frequently used documents are saved to your fastest drives and can be automatically backed up to the cloud.

If your office has more than 10 workstations, it makes sense to consider network virtualization, which allows you to separate vulnerable devices. For example, if you had one server that handles a lot of web traffic and another that stored sensitive documents, you might want to connect them to different networks to avoid cross-contamination in case of a virus attack. Network virtualization would allow you to do that without buying any new hardware!

Even with our simplified explanations, virtualization is still a complicated subject. Rather than try to figure it out in a few hundred words, give us a call and we’ll show you in person!

Published with permission from TechAdvisory.org. Source. 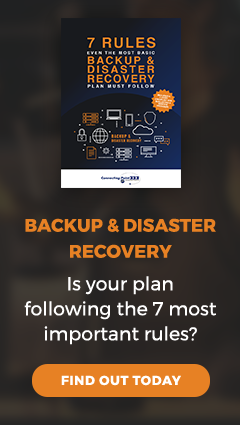 FREE eBook: How Superb Are Internet-based Phone Systems for SMBs?Find out now!
+